How do you spend your weekend in Drenthe?: visiting westerbork transit camp

Drenthe is a countryside with beautiful landscape. We can enjoy nature and wider space. In this environment, out-door sports are most popular activities. In our accommodation, Vakantiepark Het Timmerholt, gives us several options, such as biking, canoe, pedal boat, tennis, swimming, and so on. 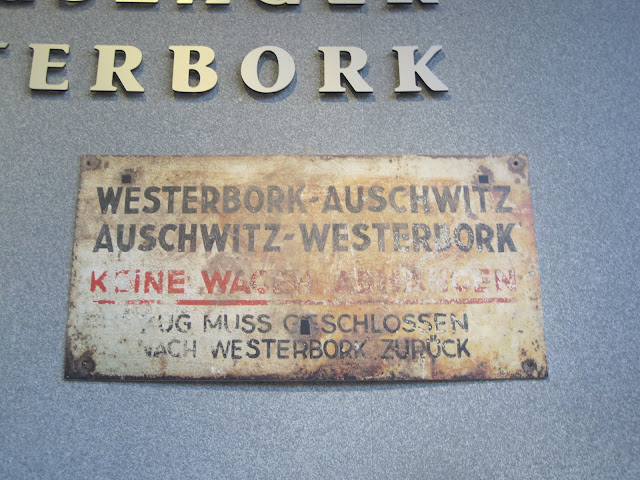 It is quite personal opinion however, if you have a chance to be in the Neterlands, Westerbork transit camp is the one of the place you have to visit. It would much better if you have already been to Anne Frank House. Visitor surely learn history and testimonies of people. 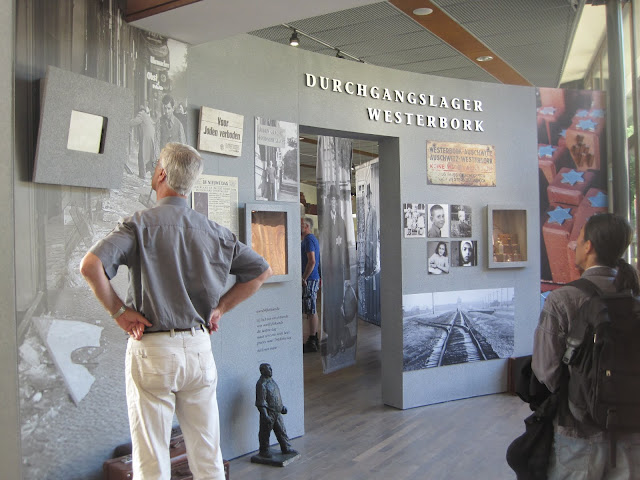 Place where Anne Frank was after the arrest
During WWII, Jews in the Netherlands, Roma, resistances and others were caught and brought to the concentration camp in Germany or Poland. Weterbork was the transit place before the long journey inside Germany and Poland.

This place was originally created as a refugee camp for Jews who fled from the oppression and life thread. After the German occupation of Netherlands, the camp/shelter transformed into the transit camp. Anne Frank and her family were arrested by secret police in Aug 4th, 1944. and brought to the camp. In fact, in the part of the museum, there is the Anne's exhibit.

On September 3rd, 1944, Anne Frank was one of 1,019 deportees on the train heading to the Auschwitz concentration camp. 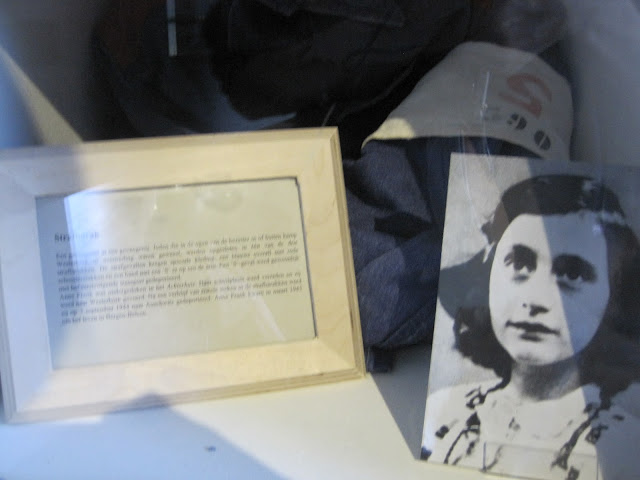 The exhibit inside building
In the exhibit, visitors can see the history of the camp and life of detainees. There are school, hospital, except family lived separately and they were allowed to see each others once a week, it seems normal. It was a simply preventive measure which avoided riots because detainees heard rumors. The films showed people enjoyed sports in the field. 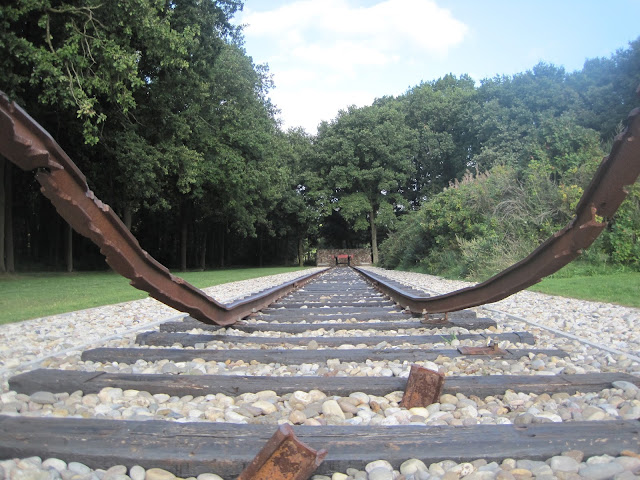 Walked along the pass for 30-40 mins, visitors reached the actual camp site. The buildings were demolished because these were decrepit and were used asbestos which might cause lang disease. However, the part of railway was remained, and there are monuments.

Europe is recently experiencing terror, however I can say Europe, in general enjoys peace and prosperity. Before they enjoy it, there is the history. Visiting these site would be part of your learning experience, as well.

Email ThisBlogThis!Share to TwitterShare to FacebookShare to Pinterest
ラベル: learning Dutch, living in the Netherlands 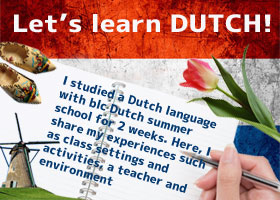